Letters of Comfort (LoC) have been issued by the promoters of various borrower companies to Indian banks, overseas branches of Indian banks and non-bank lenders. In many cases, these have been equated with guarantees.

On August 19, 2020, the Bombay High Court dismissed an interim application by Yes Bank against Zee Entertainment Enterprise Limited (Zee) for repayment of a loan extended by Yes Bank to Living Entertainment Limited (Borrower), a subsidiary of Zee. The court examined whether a LoC could be considered as a guarantee under Section 126 of Indian Contract Act, 1872.

The Borrower and ATL Media Ltd. (ATL), another subsidiary of Zee entered into a put option agreement on January 10, 2016 to buy the shares of Veria International Limited (Veria). To fund the share acquisition, on March 30, 2016, Yes Bank extended a loan of US$50 million to the Borrower. As a security, Veria’s shares were pledged to Yes Bank and a charge was created on all of the assets of the Borrower.

As and by way of additional security, Zee executed an LoC in favour of Yes Bank stating that it would support ATL by infusing equity or debt for meeting all of ATL’s working capital requirements, honouring ATL’s put options, taking responsibility for ATL’s payment and guarantee obligations, etc. 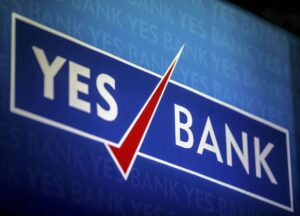 Yes Bank then approached Zee claiming that the LoC was an absolute and unconditional guarantee, and that Zee should repay the loan of Borrower. Upon Zee’s denial of the claim, Yes Bank filed a suit in the Bombay High Court on June 26, 2020 to enforce the LoC.

The suit was dismissed, and this dismissal was challenged before a division bench of the Bombay High Court. However, the division bench remitted the matter back to the single bench for fresh consideration.

1. Whether there was “privity of contract” between Zee and Yes Bank?

2. Whether the LoC could be considered a guarantee under Section 126 of Indian Contract Act,1872?

The court noted that the wording of the LoC didn’t assume or guarantee the repayment of Yes Bank’s loan; it only provided a means to facilitate the enforcement of the security by Yes Bank. The court analysed the definition of guarantee and held that:

“Guarantee in Indian law requires a commitment or the assumption of obligation to pay off the debt of another upon default. The guarantor stands surety for the repayment of the debt.”

Further, the court referred to the Karnataka High Court’s ruling in United Breweries (Holding) Ltd v. Karnataka State Industrial Investment & Development Corporation Ltd., wherein it was held that an LoC doesn’t constitute a guarantee within the meaning of Section 126 of the Contract Act.

Relying on the foregoing principles, ruling and the facts of the case, the court listed out the following propositions:

The Bombay High Court has given much needed clarity on the enforceability of an LoC.

The enforceability of an LoC in India depends upon the actual terms of the LoC and the intent of the parties. There is no “one size fits all” approach to an LoC, and therefore, each LoC has to be interpreted independently.

Lenders and banks need to recheck the verbiage of their LoCs and related documents. As they say, the devil is in the detail, and with regard to banking documents, nothing should be left to chance.

This website has been designed only for the purposes of dissemination of basic information on Majmudar & Partners, and information which is otherwise available on the internet, various public platforms and social media. Careful attention has been given to ensure that the information provided herein is accurate and up-to-date. However, Majmudar & Partners is not responsible for any reliance that a reader places on such information and shall not be liable for any loss or damage caused due to any inaccuracy in or exclusion of any information, or its interpretation thereof. Readers are advised to confirm the veracity of the same from independent and expert sources.

This website is not an attempt to advertise or solicit clients, and does not seek to create or invite any lawyer-client relationship. The links provided on this website are to facilitate access to basic information on Majmudar & Partners, and to share the various thought leadership initiatives undertaken by it. The content herein or on such links should not be construed as a legal reference or legal advice. Readers are advised not to act on any information contained herein or on the links and should refer to legal counsels and experts in their respective jurisdictions for further information and to determine its impact.

Majmudar & Partners advises against the use of the communication platform provided on this website for exchange of any confidential, business or politically sensitive information. Users are requested to use their judgment, and exchange of any such information shall be solely at the user’s risk.

Send this to a friend